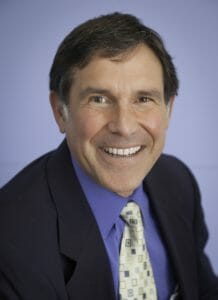 After graduation in 1974, Carl moved to San Jose to work for General Electric’s Nuclear Energy Division. In 1978, he met Dan O’Brien and they formed Salas O’Brien Engineers, Inc. where he has worked continuously since and remains a principal of the firm today.

During his 45-year professional career, Carl has focused on all aspects of energy, infrastructure, and power engineering.  This includes “inside the fence” energy audits, central plant design, distributed generation and renewable energy planning, design and startup.  The breadth of his experience is in power systems infrastructure, and includes quality control, forensics, financial analysis, and expert witness testimony as well as conventional planning, design, construction, and commissioning. Over this same period, he developed and conducted a nation-wide series of training seminars associated with the “art” and practice of Energy Engineering.

Carl is the past National president of the Association of Energy Engineers; an active Rotarian, and the former president of the Rotary Club of San Jose.   He has served as AEE’s chairperson for International Energy Awards since 2001.  He and his wife Marianne have been married for 36 years and have 2 grown children. Marianne is the co-author of their book (Refrigeration CFC’s); and was Carl’s CFO until the sale of Salas O’Brien in 2006.