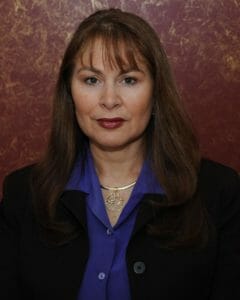 AEE Officer of the Board: At Large Board Member

Laurie Wiegand-Jackson is a successful entrepreneur with over 30 years of experience in the energy industry.  As the President and founder of Utility Advantage, Laurie supports the company’s strategic initiatives with her national experience including wholesale and retail energy markets, utility energy efficiency programs & clean energy.

Ms. Wiegand-Jackson served as the President of the AEE in 2007. She received AEE’s Distinguished Service Award and was inducted into the Energy Manager Hall of Fame in 2016.  She is a founder of the Council for Women in Energy and Environmental Leadership (CWEEL) fulfilling her commitment to support the success of women in the energy industry.

Ms. Wiegand-Jackson is a lifelong resident of New Jersey, where she resides with her husband Gerald Jackson of 20+ years. Their son Sebastian currently works in construction.  She graduated from WVU in 1984, earning a BS degree in Chemical Engineering. She and her husband also serve in Christian ministry.