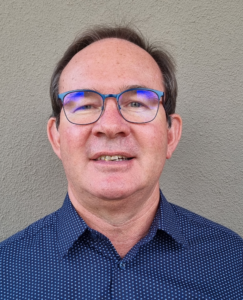 AEE Officer of the Board: At Large Board Member

Dr. LJ Grobler is Dean of the Engineering Faculty at the North-West University (NWU) in South Africa since 2012. He heads the Centre of Excellence in Advanced Manufacturing that was established by the Department of Trade and Industry at the NWU in 2009. He is director of CFAM Technologies and founded ExtruAfrica in 2011. During 2007/8, he was the President of the Association of Energy Engineers (AEE) based in Atlanta, USA and was the first non-American to become president. He founded the Southern African Association for Energy Efficiency (SAEE) in 2002 and was president of the SAEE from 2002 till 2012.

Dr. Grobler became certified as an Energy Manager (CEM) in 1998 and a Measurement and Verification Professional (CMVP) in 2000 by the Association of Energy Engineers (AEE) based in the USA. He is registered as a professional engineer (Pr Eng) with the Engineering Council of South Africa (ECSA) since 1995 and received his Ph.D. at the University of Pretoria, South Africa also in 1995. He is AEE trainer for the CEM programme in Southern Africa and introduced the CEM programme in 2002. Since then he presented the CEM more than 30 times.

Prof LJ Grobler received the Lifetime Achievement Award during the eta Awards 2010 in South Africa for his extensive involvement in energy efficiency through measurement and verification, his visualisation programme to show energy consumption in buildings, and for setting the benchmark for training and development of energy engineers. He is a fellow of the South African Academy of Engineering and has authored and co-authored more than 40 local and international articles. He has also presented and co-presented more than 50 papers at local and international conferences and seminars. In 2016 he was inducted into the AEE Hall of Fame.