U.S. States and Cities: The Unstoppable Move Toward 100% Renewable Energy 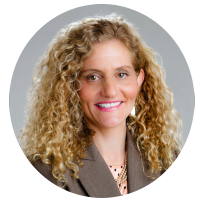 A study published in August 2019, Renewables on the Rise: A Decade of Progress Toward a Clean Energy Future, describes the “explosive growth in the key technologies developed to power America with clean, renewable energy (RE).” At present, America produces almost five times as much RE from solar and wind as in 2009; currently wind and solar power provide nearly 10% of the U.S.’ electricity. States have ramped up their investments in energy efficiency combined with natural gas efficiency programs, and thus the U.S. has saved more than two times as much energy in 2017 over 2009.  Though the federal government lacks leadership to combat climate change, cities and states are adopting bold renewable energy targets. Five states set targets of 100% renewable electricity standards, 127 cities have committed to 100% renewable energy, and 6 cities have achieved it. We will address how states and cities are changing their approach to reducing carbon emissions, those that lead in RE usage and/or have achieved their goals, and the businesses that partner with them. We will include a discussion of what new opportunities may exist for energy professionals to apply their experience and help these states, cities and businesses meet their goals.