We had a great chapter meeting in October, 2017! We had 18 members tour the Ameren Technology Applications Center (TAC). 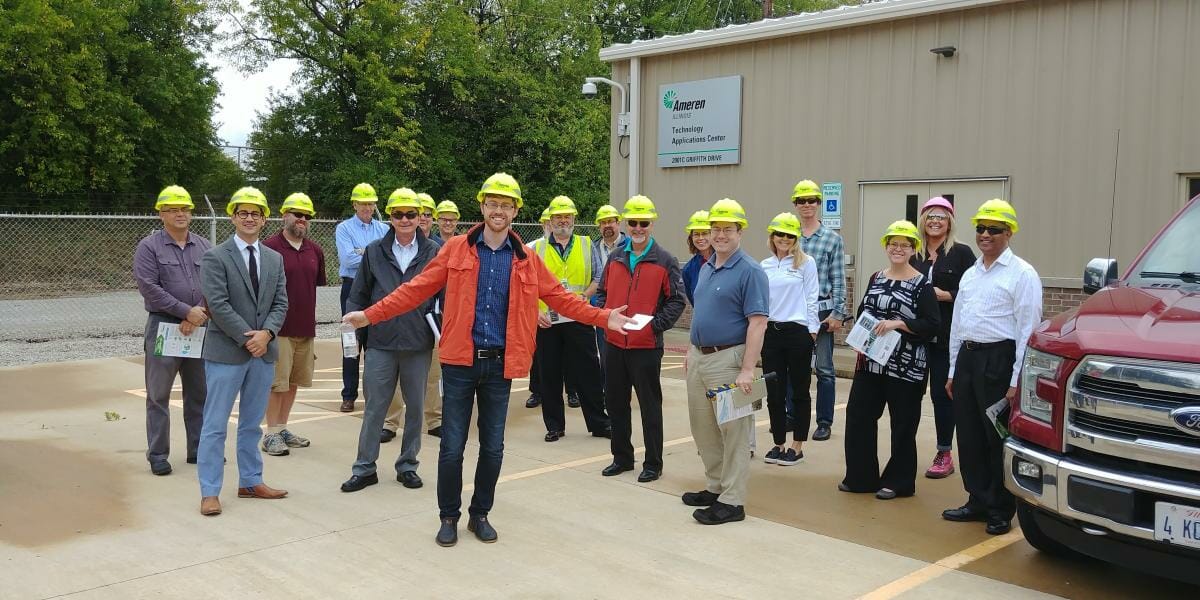 As part of its commitment to innovation and building a smarter, clean energy infrastructure, Ameren Corporation has one of the most technologically advanced utility-scale microgrids in North America. The $5 million facility, located adjacent to the University of Illinois campus in Champaign, Illinois, is one of the only utility-scale microgrids in the nation capable of serving live (paying) customer loads on an actual utility distribution feeder.

The Ameren microgrid is one of the few in the world operating at utility-scale voltages, between 4-kilovolts and 34.5-kilovolts, with multiple levels of control. It is the only known microgrid in the nation capable of seamlessly transitioning the power source for an entire distribution circuit from exclusively distributed generation sources to the traditional grid. This concept, known as “islanding”, enables Ameren to deliver more than 1-megawatt to live (paying) customers without experiencing an outage.

The Ameren microgrid can produce up to 1,475 kilowatts, enough to power more than 190 homes. The leased generation assets located on site include:

Our attending membership really gained a lot of insight from this experience!